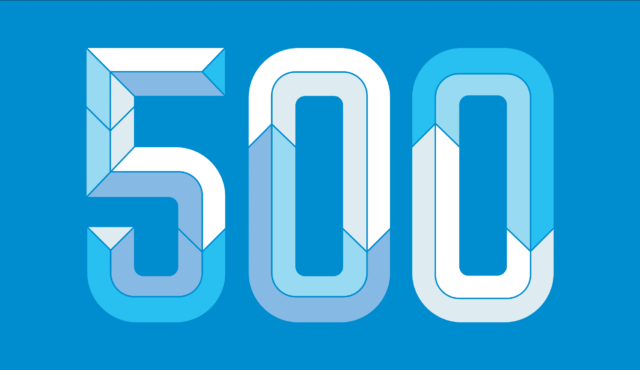 Sinclair Broadcast Group (Nasdaq: SBGI) is thrilled to announce that the company has been named to the prestigious Fortune 500 for the first time, ranking 465 on the list. Sinclair’s place on the Fortune 500 follows years of tremendous growth and monumental achievements for the company.

“Our company comes from humble beginnings in Baltimore, and thanks to our exceptional team, we have evolved from a local broadcaster into a diversified media and technology company that stands shoulders above the rest,” said David Smith, Executive Chairman of Sinclair Broadcast Group. “We are incredibly proud to be honored by the Fortune 500 and share this award with all who have been a part of this journey. This is an exceptional accomplishment for Sinclair, and we look forward to seeing continued growth across the business.”

Sinclair has long been a leader in local news and its reporters and stations have been routinely honored by peers for their continued excellence. In addition to Sinclair’s 185 local television stations and 19 Bally Sports networks, the company owns Tennis Channel, TC Plus, Tennis Magazine, Tennis.com, Comet, TBD Network, Charge!, Stadium, STIRR, NewsOn, Compulse, Ring of Honor, and others; and has ownership stakes in Marquee Sports Network and the YES Network. This is one of the most diverse portfolios of any company in the industry and will continue to be a focal point for years to come.

From Emmys to Edward R. Murrow Awards, the hardworking teams who produce our local newscasts have been the cornerstone of the company. An industry innovator, Sinclair has further expanded its sports broadcast offerings with the acquisition of Tennis Channel, and the launch of the company’s acclaimed Marquee Sports Network in Chicago. Tennis Channel is the only 24-hour, television-based multimedia destination dedicated to both the professional sport and tennis lifestyle, and the Marquee Sports Network is the Chicago-region’s exclusive network for fans to view live Cubs games.

In recent years, the company has grown into its role as a leading provider of local sports as well. Most notably, in August 2019, Sinclair completed its acquisition of 21 regional sports network brands (RSNs), the largest collection of regional sports networks in the country. Since then, Sinclair rebranded the RSNs under the Bally Sports name, a united effort between Sinclair and the Bally’s Corporation, to usher in a new era for live sports. The rebrand highlights the transformative ways in which Sinclair Broadcast Group has reimagined the world of live sports broadcasting.

“This has been a time of incredible growth for Sinclair, and we couldn’t be more pleased to be named on Fortune’s coveted 500 list,” said Chris Ripley, CEO of Sinclair Broadcast Group. “From each and every one of our media outlets and our corporate team, the outstanding efforts of our employees are what make Sinclair the dynamic and influential company that we are today.”

The Fortune 500 ranked companies by total revenues for their respective fiscal years. Included in the survey are companies that are incorporated in the U.S. and operate in the U.S. and file financial statements with a government agency. For more information about the FORTUNE 500 List, visit www.fortune.com/fortune500.