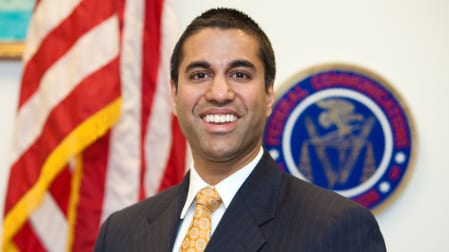 FCC Chairman Ajit Pai is on the move.

Pai hit the road last week, making stops in Pittsburgh, Cleveland and Youngstown, Ohio, as well as Detroit to talk about some of his goals and to see what the broadcast industry is like in these industrial cities. He gave an overview of his trip in a blog post.

His first stop came at Carnegie Mellon University in Pittsburgh, specifically its Software Engineering Institute. There Pai gave his first major policy address as chairman, talking about how he believes anyone should be able to participate in the digital economy, and how internet and broadband played important roles in that.

From all his stops on his recent trip, Pai said that he found three common elements contributing to each city’s development. The first was broadband deployment, with companies like Detroit’s Rocket Fiber building next-generation networks. He also recognized that entrepreneurs are thriving, noting that broadband “is giving rise to what I have called the democratization of entrepreneurship. With a powerful plan and a digital connection, you can raise capital, start a business, immediately reach a worldwide customer base, and disrupt and entire industry.” Lastly, Pai recognized that it wasn’t just startups leading the charge, but that established entities are innovating as well, including such examples like the Cleveland Clinic and General Motors.