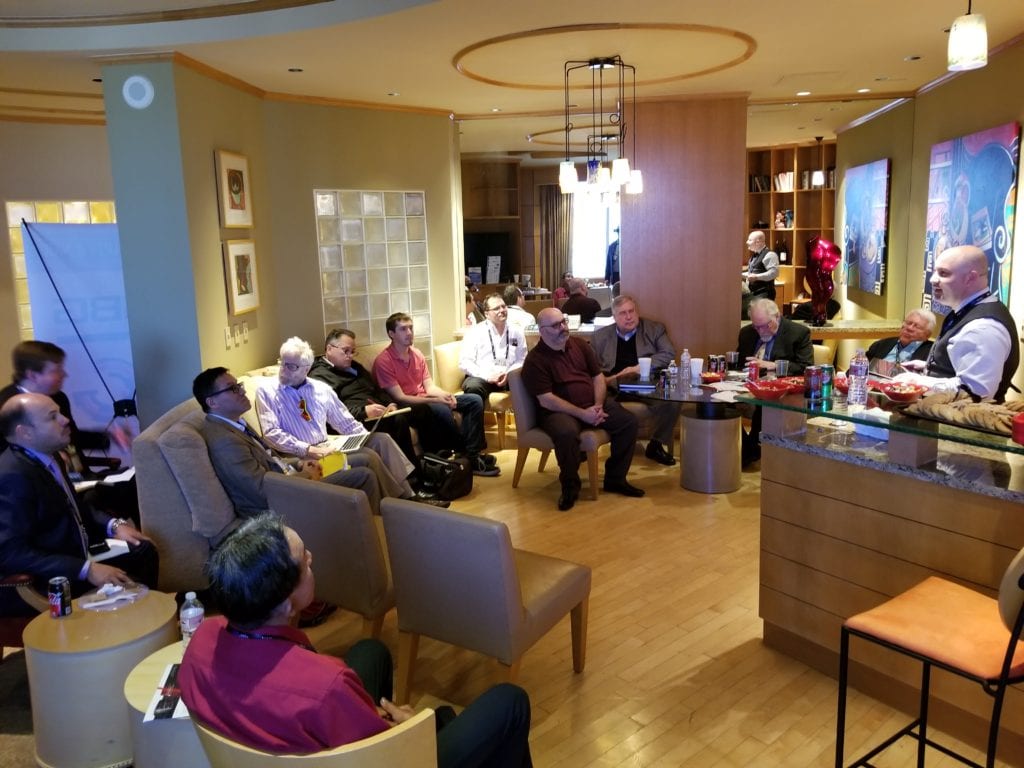 The following notes are from the presentation by ATBA Board Member Michael Couzens at the LPTV @ NAB Roundtable Session he hosted on April 6,2018

Overview: All Low Power TV stations and TV translators eventually will have an opportunity to “displace” to a new channel, Channel 36 or below. Only those stations that were on the air and licensed as of April 13, 2017, may apply during this window. Construction Permit holders who haven’t built, and un-granted applicants will need to wait for a later filing opportunity.

Engineering to Find a Channel

Displacement applications during the filing window must not be predicted to cause objectionable interference to other protected users, including full service TV, land mobile radio, and existing licensed prior-in- time LPTV’s.

The FCC has provided a lay person’s channel selection tool at https://data.fcc.gov/download/incentive-auctions/LPTV-Data.

How to use this tool is the subject of a detailed Appendix to the February 9 window announcement. Unfortunately, this utility is a rough guide, It does not guarantee use of any channel or location. Instead, an engineering study must be prepared, using “TV Study” software:

Generally, use of TV Study is a complicated art and may require the help of a telecommunications consulting engineer.

Anyone not having their engineering solution lined up by now is unlikely to be able to participate in time for the window!

The engineering exhibit should be prepared at the earliest possible date.

Deciding when to file gets complicated, however. Your filing becomes a public document during the window.

By filing early in the window, an applicant can alert competitors, with the hope that other applicants will chose other channels so as to avoid a conflict. But an early filing also may expose a desirable channel that your engineer found by dint of hard work. A competitor might adapt that work and deliberately choose that channel.

Given this, some may choose to file at the last minute, so their application cannot be copied. If that is your choice, filing on the very last day is not advised. In past windows, FCC servers have crashed under heavy last-minute volume. Nothing is more frustrating than trying to file, and being barred by a balky FCC web site.

Actual conflicts between filers – mutual exclusivity – by law must be resolved through an auction. To force stations, including existing analog stations, to actually bid for a secondary channel that could some day be displaced (again!) seems absurd, but that is the law.

To avoid this, the FCC will announce a post-window opportunity for stations in conflict to modify their engineering, probably even to different channels. And settlements, with a cap on the consideration paid, will be permitted.

The good news is that FCC staff no more wants to see these applicants sent to auction than you do. The bad news is that, in congested markets where channels are few, some auctions may become unavoidable.

Once the claims for spectrum from this window period are settled – through uncontested “singletons,” technical modifications and settlements, a filing opportunity will open up for LPTV’s and translators who were ineligible for this window. As presently planned, the second filing opportunity may not be a window with a fixed opening and closing. Instead

it could be that staff will announce a permanent sunset of the freeze on LPTV displacement applications and minor amendments. At that point the volume of applications will be constrained by the fact that the compressed TV spectrum from Channels 2 to 36 will have become highly saturated.

Milestones on the Road to this Window – References

FCC adopts a transition date, later determined to be July 13, 2021, as the deadline for analog LPTV stations to transition to DTV and for DTV construction permit holders to actually construct. Digital LPTV Transition, 3rd Report and Order, 30 FCC Rcd 14927, Dec. 17, 2015.

Media Bureau sets forth procedures for future filing window. Limits eligibility for the initial window to stations that were on the air as of April 13, 2017. Public Notice, 32 FCC Rcd 3860, May 12, 2017.

To stabilize the data base of primary stations who must be protected, Bureau briefly lifts the freeze on full service TV minor changes, November 28 to December 7, 2017. (After that full service TV’s will ned to stay put pending the LPTV window.) Public Notice, 32 FCC Rcd 9328, Nov. 6, 2017.