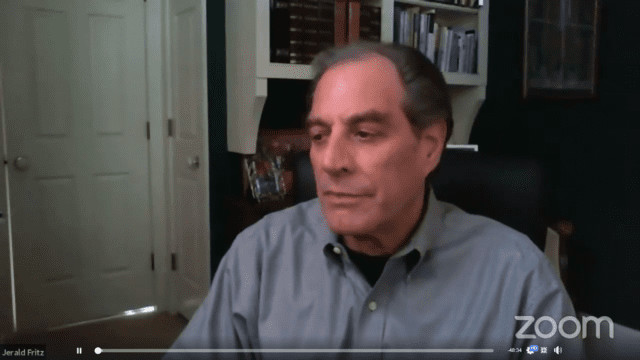 Jerald Fritz, Executive Vice President for Strategic and Legal Affairs at OneMedia, discussed LPTV business opportunities with the arrival of NextGen TV on the ATBA’s Wednesday Webinar on May 20,2020.

NextGen TV, a new type of broadcasting where internet content and traditional services will be broadcasted through an over-the-air antenna, will allow for 4K resolution,video-on-demand, mobile broadcasts, as well as better picture and sound.

“In enhanced television content there are categories. The first is mobility, which allows us to reach tablets, phones, and laptops, we’ve never been able to do this before. The second category is quality enhancements, which allows for ultra-HD, the picture will basically leap off the screen. The third category is targeting, which will allow us to target geographically, demographically, and more. This way, if we have a storm in one area, we won’t over alert the unaffected areas.”

“The other idea is datacasting, rather than paying huge amounts of money to Comscore or Nielsen, we now have watermarking capabilities built into the standard giving us our own data analytics.

Fritz went on to answer some questions about datacasting and how it works.

“We are one big data pipe, television is just one kind of data,” said Fritz. “ So, if you think about it as one big, giant data pipe, there’s lots of services that we could provide. We have this amazing capability of instantaneously providing something like instant data offloads. We can look at emergency broadcasts, which are extremely important. One of the things that ATSC 3.0 brings to the table is the ability to, instead of just getting a crawl on you television screen warning of you a tornado coming, wouldn’t it be great to see the tornado, the live doppler radio and the evacuation routes and it will be possible to see and hear all of this in different languages.”