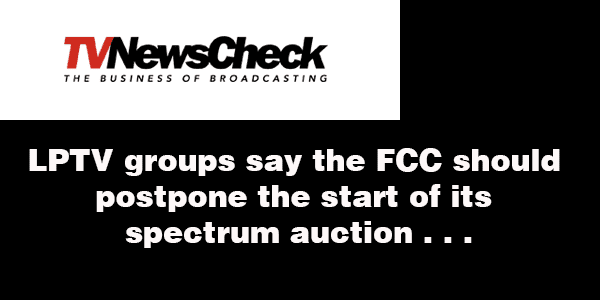 After asking the FCC to delay the March 29 start of its upcoming spectrum incentive auction and being turned down by the commission, low-power TV interests have turned to the U.S. Court of Appeals for the D.C. Circuit to put on the brakes.

In a petition filed with the court Thursday, Videohouse, Fifth Street Enterprises and WMTM claim that the FCC’s auction rules deny LPTV operators the ability to participate in the auction as well as “protection in the spectrum repacking process.”

They want court to stay the commission’s earlier decision preventing them from participating in the auction or to postpone the auction’s start until the court challenges are resolved. And Videohouse has asked the court to rule on its request by March 11.