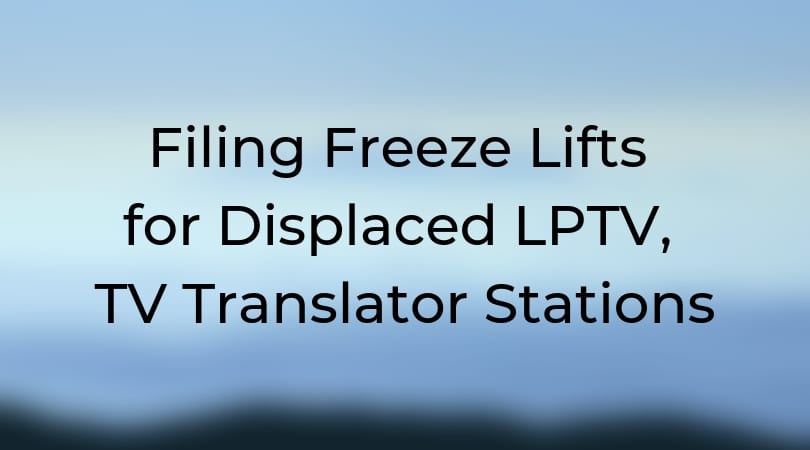 The FCC has announced that it will lift the displacement and digital companion channel application filing freezes for LPTV and TV translator stations, effective April 18, 2019.

“With completion of the Special Displacement Window on June 1, 2018, and post-Window settlement opportunity on January 10, 2019,[1] the Media Bureau deems it appropriate to now lift these filing freezes,” the statement reads. “Interested parties may resume filing of the below-referenced applications on a first-come, first-serve basis on April 18, 2019.”

The FCC stated the freezes were initially enacted in 2014 to “preserve channels for the window for LPTV/translator stations displaced by the Incentive Auction to file displacement applications.”

The Special Displacement Window temporarily lifted the displacement freeze, which allowed stations and translators displaced by the Incentive Auction to file displacement applications.

The freeze on the filing of applications for new LPTV/translator digital stations and major changes remains in effect.[2]