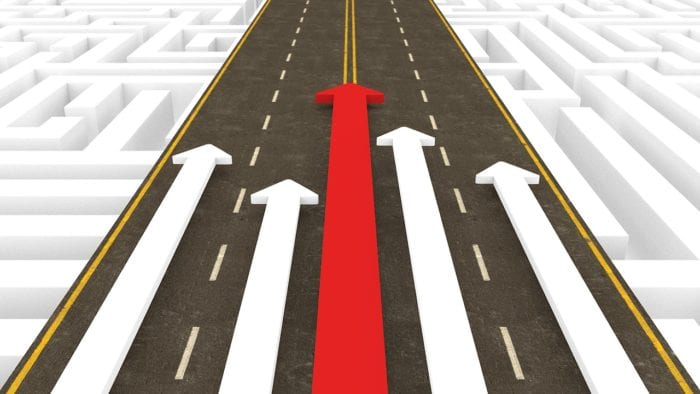 Broadcasting 12 channels on a single frequency in 2015 was definitely at the bleeding edge of technology. It still is really, and it’s certainly not for everybody. We had more than our share of hiccups and sync issues and freeze frames and black screens.

Looking back on it, I had no concept how hard it would be to create an LPTV network and it’s obvious from the first strategic planning conversation I had with my newly-minted business partner. I’ve known Robert Nall for more than 30 years thanks to ham radio. In 2013, he invited me to form a partnership with him to “play TV.”

Thus began the TV25 LPTV adventure that would prove repeatedly…. just how hard it could be.

As a small broadcaster in Kansas, with a limited budget, we very quickly realized that we had to do things differently than full power stations. Our content had to be better, more engaging and there had to be more of it. We knew we didn’t have money to staff a master control, so any systems we installed would have to be easily controlled from computers, tablets and smartphones.

We also didn’t have a lot of room for receivers, patch panels, servers and all those things that went into a TV building 20 years ago, when I got my degree in TV. Fortunately, everything has changed since then. Not just the technical capabilities of all the new equipment but also the entire media landscape. As we began our venture at the new dawn of low-power broadcasting, we knew we had to use the best of two worlds to combine the reach of internet and TV.

This was four years ago before anyone was talking about ATSC 3.0, but we were determined to provide as many premium cable-like networks as we could possibly pack into a single frequency. We were lucky enough to stumble upon a company called Igolgi. We found them with the help of our transmitter vendor who had served us well with reliable and easily-configured transmitters that didn’t bust our budget.

We started in January of 2014 with a single channel and a single transmitter that grew quickly into two transmitters and 10 sub channels by January 2015.  By January 2016, we had 12 subchannels and three transmitters covering Topeka, Lawrence, and Kansas City—about 2.6 million viewers in two DMAs.

From the very beginning, we knew there’d be a lot of holes in our coverage pattern especially because downtown Kansas City dwellers don’t want to put an antenna outside. They want to use rabbit ears. So, we knew an app or some sort of over-the-top (OTT) option would be a necessity for us to monetize our TV dreams. Our initial research quickly ruled out several large OTT providers as their solutions started in the hundred-thousand-dollar range–far beyond the capabilities of our budget and most LPTV stations. We needed advertising dollars to grow and to stay current.

Our first attempt at an advertising partner that would allow us to insert commercials into our streams went horribly wrong. Their hardware was designed for cable TV systems and while it could sometimes detect an SCTE signal, it rarely ever detected DTMF tones and after struggling for 12 months we finally pulled the plug on them. That’s when we found DVEO’s Adserter box that could detect SCTE signals and DTMF tones consistently, as well as do a whole laundry list of necessary items for a small broadcaster.

Once you have a signal, with great content, and have the ABILITY to insert ads, you have to go out and sell those ads. Twelve channels offer a LOT of avails – more than 76,000 per month!  Finding enough advertisers to cover the expenses is much harder than any of the technical hurdles. If you’ve ever tried to sell air, you know how challenging it can be. Unless you have a trusted third party saying, “Yes, this Air really is valuable!” Luckily for us, we discovered an agency called Worldlink, who unlike most of the PI and DR providers, actually pays by the spot and places orders every week for a fixed spot price.

Lots of our viewers ask us why other stations don’t carry 12 channels. Two reasons. Number one, some of them have content that they have to do an HD, for instance Network affiliates. We have repeatedly surveyed our customers to see if they would prefer that we switch to less channels in HD or stay the same. All of them have said “Reduce your quality and do more channels!” More content is always more important than super high definition. Our SD signal is 16 by 9 looks so good on a 50-inch TV the viewers don’t even notice. The biggest thing that controls the quality is:

I watch all 12 of our channels in my bedroom on my 65-inch TV and only occasionally ever notice a pixel or glitch. But then again, I’m looking for it. Most times, it’s an atmospheric or RF interference issue not an MPEG compression or statistical multiplexer issue.

The second reason that other Stations don’t do 12 channels is because they’ve already lost the technology war. You are probably familiar with this concept. Every time you buy a phone, you end up losing the technology war. What happens the week after you buy your phone? Right – they come out with a brand new phone that does twice as much for half the price.

TV25’s timing was extremely fortuitous and allowed us to afford to broadcast 12 channels and be able to find the content to fill those channels, as well as find the advertisers to sponsor those channels. The icing on the cake is that we can keep it going and change configurations remotely by PC, tablet or smartphone thanks to some brilliant engineering by our vendors. Entering the broadcast game just twelve months earlier would have cost at least 10 times as much and would not be nearly as functional or seamless as what we bought. Of course, as soon as we bought it something new came out the next month. Thanks to excellent vendor care, we’re able to upgrade to the next thing like rgb case fans for extremely reasonable prices.

So, you still want to a low-power TV station that makes money, has 12 sub channels, covers a bunch of people and is easy to manage with just a few employees? Remember these seven things to make your LPTV adventure a success.

TV25’s next big thing is our OTT offering, which will be a subscription app that contains not only our twelve OTA channels, but also another 48 live networks for a total of 60. We are signing with as many networks as we can, offering them a spot on our app NOW. On day one of Nextgen, they will also be OTA. The app also provides video on demand access to a library of shows we are building from public domain, independent film makers (locally and internationally), and content libraries like MGM and Sony. Suddenly, our viewers have vast amounts of content at their fingertips for a price that’s less than Netflix.