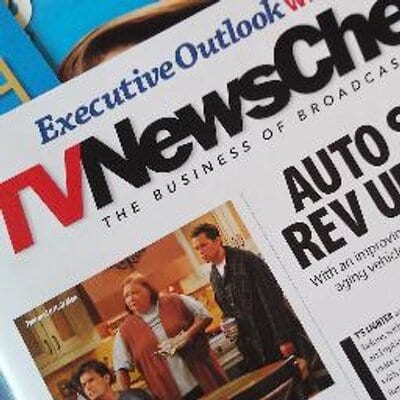 The broadcasting industry will generate an additional $20 billion a year, effectively doubling its current annual revenue, if it fully deploys the ATSC 3.0 next-generation broadcast standard, according to the Pearl consortium of leading TV station groups.

The study, presented Thursday at the Content & Communications World conference in New York, finds that industry revenue would grow by $12 billion a year if 3.0 is implemented without single frequency network technology (SFN).

That money would come from:

Adding SFN technology would boost that number by another $7.4 billion to bring it to nearly $20 billion, the study finds. That money would come from two revenue streams — mobile video ($3.1 billion-$4.78 billion) and over-the-top ($300 million-$2.78 billion).

SFN technology involves several transmitters within a market simultaneously sending the same signals over the same frequency, which improves broadcasters’ coverage on all platforms, which is especially important in reaching mobile audiences.

Broadcasters who participated in a panel discussion on the subject — Graham Media President-CEO Emily Barr, Raycom SVP Pat LaPlatney and PBS VP of Technology & Planning Eric Wolf — said they support the findings, adding that being able to offer targeted advertising would likely be the biggest boon for the industry.

“The reality is that it’s already a demand,” Barr said. “For us to be able to say to an advertisers, ‘we can find you that woman who is 35-years-old, has three kids, is making $80,000 a year and watching television at a certain time’ … to some extent is the Holy Grail,” she said, adding that consumers want it, too. “It will make advertising all the more valuable.”

Addressing roughly 40 attendees, the panelists said moving to ATSC 3.0 also offers tremendous potential to offer consumers higher-quality, and more diverse, products. The standard will let them broadcast 4K and to reach TV sets without outdoor antennas as well as smartphones and tablets wherever viewers go.

“To improve on the creative development of programming in 4K or high-def is very, very important because ultimately consumers are going to move to those things that appeal to them and we need to there,” Barr said.

Yet, unlike the analog-to-digital conversion, changing to ATSC 3.0 won’t require viewers to upgrade their technology, as programming will continue to be broadcast in both standards for an unspecified period of time, Laplatney said.

“The last thing we want to do is alienate the consumer,” he said. “This has to be a great consumer experience.”

The panelists said they are confident that consumers will embrace the new standard, and that it wouldn’t be long before the industry is able to stop broadcasting in the current 1.0 standard.

LaPlatney said he believes ATSC 3.0 is so good that it has the potential to become the worldwide broadcast standard, which “would be significant and drop the price [of consumer electronics] and spur consumer adoption faster.”

“There is going to be a tipping point where majority of viewership is coming in on 3.0 standard and my assumption is there will be final transition,” he said.

Implementing the new standard will require TV stations to upgrade their transmission systems, which will cost each roughly $250,000-$500,000 each.

However, the panelists said, broadcasters aren’t fazed by that cost particularly since it is in keeping with other expenditures to pay for improvements like new sets and live trucks.

And while that kind of outlay is a lot for a PBS station, Wolf said, he believes the benefits of 3.0 — giving members access to exclusive programming during fund-raising breaks, for instance — could be a boon to public television.

“When you look at the creative toolkit it provides for our industry, the blend of capabilities, there are going to be huge wins at the consumer level and the financial level,” he said.

To see all of TVNewsCheck’s CCW 2015 coverage, click here.

CPol TV System installed at the One World Trade Center