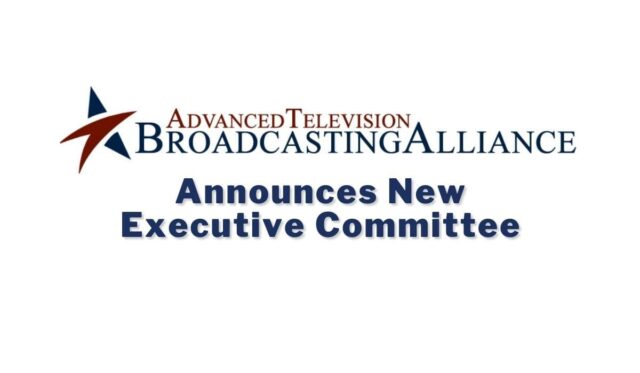 Heidi is responsible for leading the marketing and sales departments at TitanTV, which allows for clear communication and the creation of consistent messaging between the two. Her story at TitanTV began in 2007 when she was an entry-level account manager.

Previous experience within the broadcast industry helped Heidi develop the ability to quickly identify a client’s needs and develop a solution that best fits those needs. Her foresight has proven to be highly valuable as she is able to stay on top of the constantly evolving broadcast industry. This foresight allows preemptive measures to be taken that addresses any technology or advancements that may disrupt the industry.

She is very proud of what she has been able to achieve since joining the team, working her way through the ranks all the way up to SVP, Sales & Marketing in 2015. Heidi’s success is a direct result of the hard work she exhibits every day, striving to please the clients TitanTV serves.

Heidi has a degree from Cornell College in International Business, with an emphasis on marketing, and Russian. She enjoys spending time outside of work with her family and volunteering. Heidi is a dedicated volunteer for The Linn County Fair as the Marketing Manager, and on the Cedar Rapids SalesForce User Group for Non-profits.

Mark A. Aitken has served as Sinclair’s Senior Vice President/Vice President of Advanced Technology since July 2011 and prior to that, he served as Director of Advanced Technology. In 2016, Mr. Aitken became President of ONE Media, Sinclair’s innovations company. He is responsible for representing the group’s interests in regulatory, technical and standards issues within industry-related organizations and before regulatory agencies both in the US and internationally.

Mr. Aitken has been involved in the broadcast industry’s migration to advanced services since 1987, from his participation in the FCC’s Advisory Committee on Advanced Television Services to his current involvement with the Advanced Television Systems Committee (ATSC). Mr. Aitken was the primary architect in the formation of ONE Media, and a driver of key ATSC 3.0 breakthrough technologies and systems. He is a member of the NAB TV Technology Committee which is focused on the broader technical issues facing the broadcast industry.

Prior to his involvement with Sinclair, Mr. Aitken worked with COMARK Communications where he held several positions including Manager of the Systems Engineering, RF Engineering and Sales Engineering groups, as well as Director of Marketing and Sales Support which included digital television strategic planning responsibilities. While with COMARK, Mr. Aitken was part of the “Emmy Award Winning Team” that revolutionized the broadcast industry by bringing Inductive Output Tube (IOT) technology to the marketplace.

Mark is a member of the AFCCE, IEEE and SMPTE, as well as active participant in NAB, ATSC and other industry organizations. He is a recipient of the 2008 “Broadcasting and Cable” Technology Leadership Award, 2013 recipient of the ATSC “Bernard Lechner Outstanding Contributor Award”, 2018 awardee of “Future’s Industry Innovator Award”, the 2018 “NAB Television Engineering Achievement Award”, the 2019 “ATBA Persistence and Endurancee Award”, and serves as a member of the Board of ATSC, ATBA and Saankhya Labs.

Eric Wotila has been involved in television news for nearly twenty years, with over half of that time spent working in the LPTV industry. He got his start in television by working at Cadillac’s educational access cable station beginning in 2002. In 2007, Eric launched “Local Edition,” a 5-minute local news cut-in that aired hourly on HLN throughout Northern Michigan. Eric also worked as a freelance photojournalist for numerous TV stations in northern Michigan before launching his first LPTV station – WMNN – in 2011. That was followed by the acquisition of northern Michigan’s low-power MyNetworkTV affiliate, WXII-LP, in 2017, and the launch of NewsNet, an LPTV-friendly 24/7 news diginet, in 2019.

Eric currently serves as the General Manager of his northern Michigan LPTV stations and the President of NewsNet, which has grown to serve nearly 60 affiliates, including dozens of LPTV stations across the country.