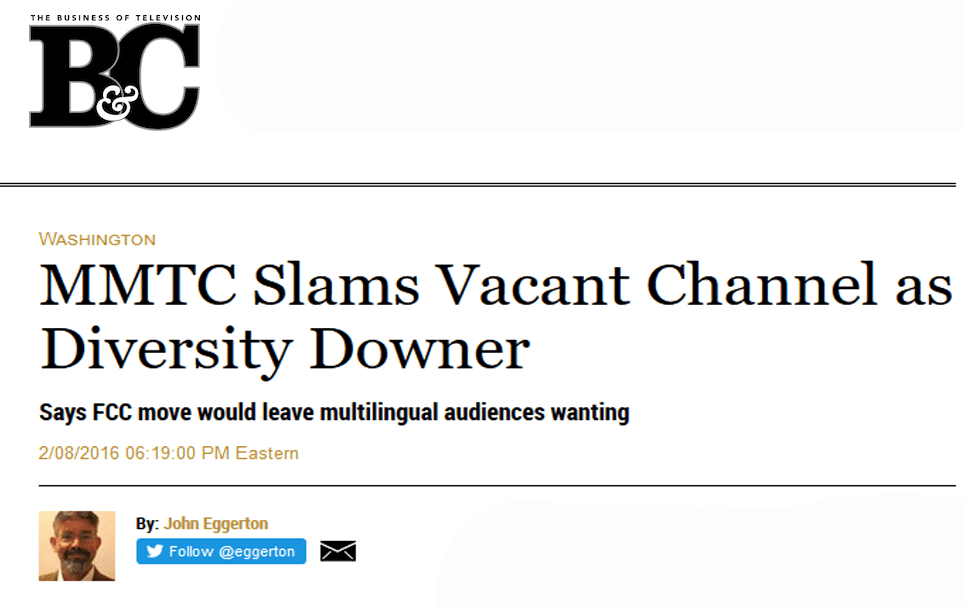 The Multichannel Media, Telecom and Internet Council (MMTC) says reserving the last channel in a market for unlicensed use would have a “devastating” impact on diverse programming and ownership of broadcast stations.

The FCC has yet to vote on its “vacant channel” proposal.

MMTC, in a letter to the commission, said that LPTV stations have been one of the most successful ways of getting diverse content to multicultural audiences.

The FCC is proposing that in any TV market where there is an available channel after the post incentive auction repack, it should go to unlicensed, which means that more licensed LPTV’s and translators, which are not protected in the repack, could be sent packing or shuttered. The National Association of Broadcaster is also strongly against the move as a blow to diversity as well as unwise, unsound, unwarranted, and illegal.