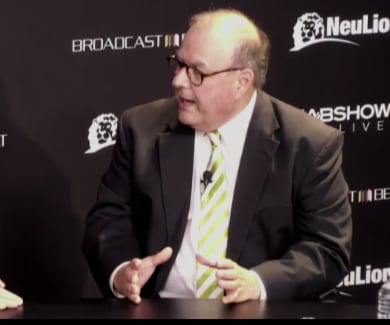 “Mike was passionate about the LPTV Industry and would not think twice about catching FCC staff in the hallways and at lunch to promote the betterment of LPTV,” says Lee Miller, Advanced Television Broadcasting Alliance Executive Director. “He challenged us all to work harder to overcome the regulatory and financial tests of our industry.”

For six years Gravino led the spectrum rights battle during the incentive auction process and repack by forming The LPTV Spectrum Rights Coalition to help educate and inform LPTV station owners and managers on the changes and legislation affecting them. The Coalition also lobbied on behalf of its members to Congress and the FCC on how those changes would affect the LPTV industry and those who depend on its services.

The name was changed last year to Next Gen TV and a new mission adopted to better serve station owners and licensees navigate the process under new FCC guidelines and the new television standard.

Gravino announced retirement and entered hospice with complications from pancreatic cancer on May 28, 2020.

“We were saddened to hear of Mike’s passing. He has been an exceptional ally in the fight to protect the LPTV spectrum and to help inform those who govern it,” says Miller. “We offer our condolences to his family and know that he will be greatly missed.”