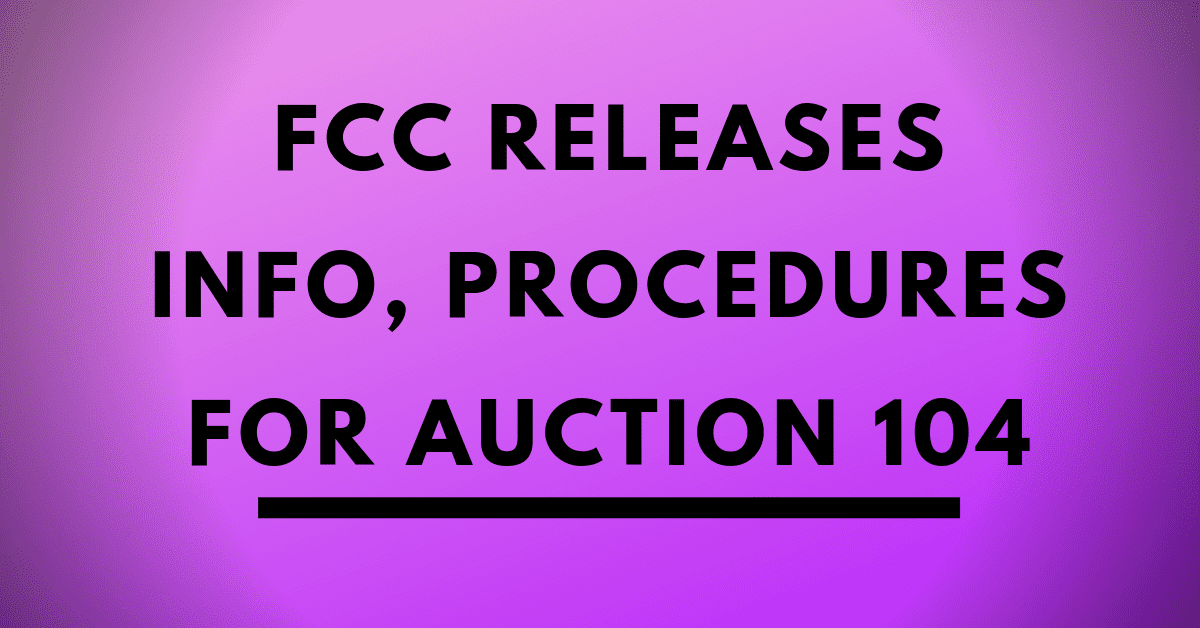 The FCC has released a public notice regarding notice and filing requirements, minimum opening bids, upfront payments, and other procedures for Auction 104.

The auction is designated for low power tv stations and translator stations that were displaced due to the broadcast incentive auction that repurposed 84 megaHertz of the band spectrum.

An auction tutorial will be available via the internet on July 8, 2019. The tutorial will allow viewers to review written notes, an audio recording of the notes, and will also be able to search for auction-related topics.

Any and all upfront payments must be paid by wire transference on August 14, 2019 by 6:00 p.m. Eastern time. A mock auction will be held on September 6, “to become familiar with the FCC auction bidding system prior to the auction,” the public notice said. The FCC also stated, “We strongly recommend that all bidders participate in the mock auction. Details will be announced by public notice.” The actual auction will begin September 10, 2019.

Any one of the bidding credit options can be given to those who are eligible, but no more than one of the credits can be received.

For more information about how to apply for Auction 104 visit https://docs.fcc.gov/public/attachments/DA-19-477A1.pdf