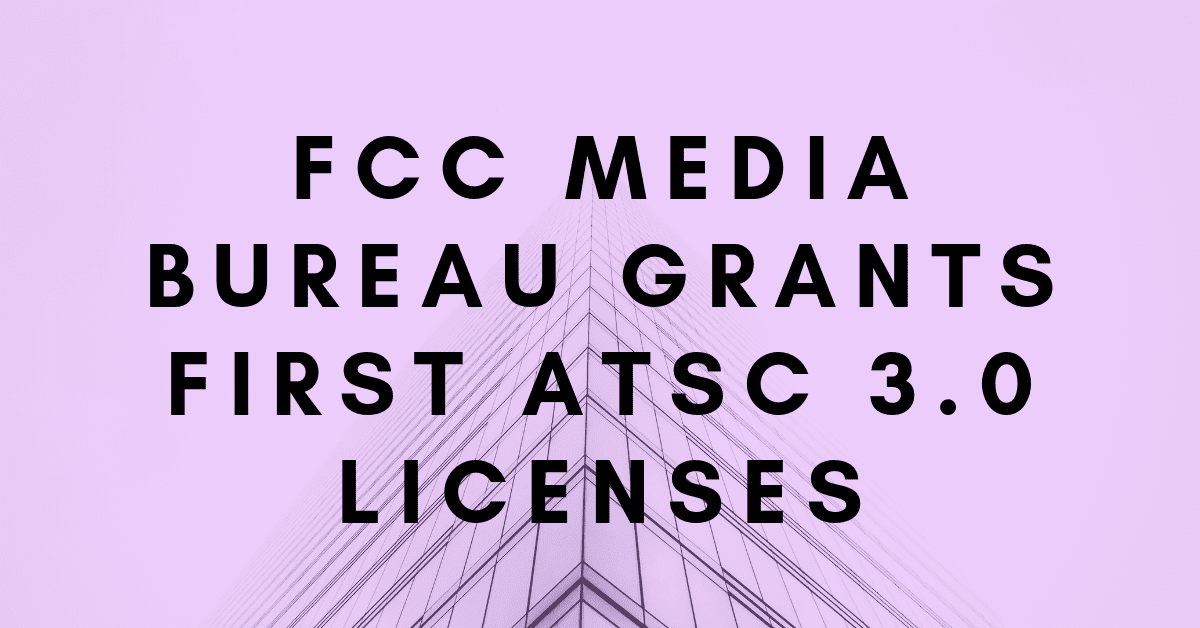 The FCC Media Bureau has granted the first ATSC 3.0 licenses, just one day after the Bureau began accepting applications for the next-gen broadcast standard.

Three stations got the thumbs up from the Bureau on Wednesday. Low-power broadcaster WatchTV of Portland was granted a modification to a next gen license for three of its Oregon stations. According to the application, WatchTV estimates it will commence ATSC 3.0 service for call signs K28GG-D of Medford, K14SC-D of Ashland and K25GA-D of Redmond/Prineville on July 1. Last year, WatchTV received an experimental license to allow its Class A low-power stations to be used for ATSC 3.0 DTS.