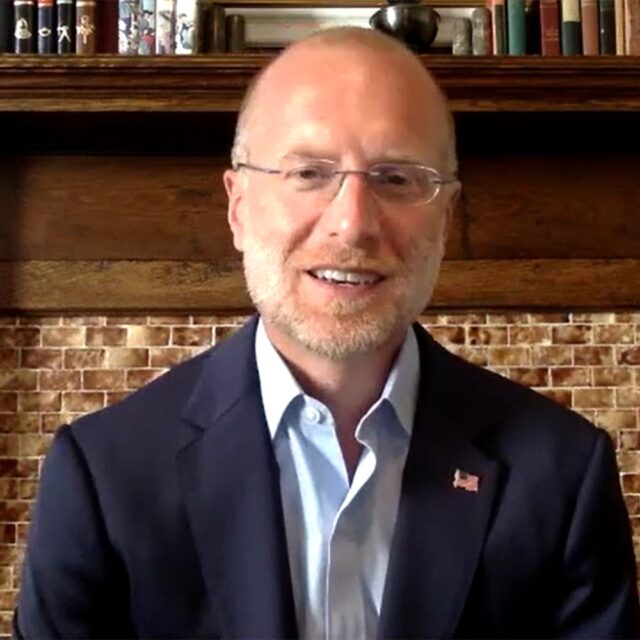 FCC Commissioner Brendan Carr spoke with leaders of NRB on an exclusive Zoom video call Tuesday about the future of religious broadcasting and the opportunities that broadcasters have to innovate and grow – especially in the Low Power Television (LPTV) class of stations.

“You all exemplify what I believe is a major strength of broadcast services, which is the availability of diverse programming that meets the needs of particular communities and is accessible to everyone,” he continued. “And whether you’re a person of faith or someone that is walking the path toward faith, I think the NRB programming that’s available on radio, television, online is really valuable. So, it’s an honor to get to address you today about the future of religious broadcasting.”

Carr noted that airwaves are now undergoing their most significant upgrade since the 1980s thanks to the new and innovative broadcast/transmission standard known as ATSC 3.0.

While ATSC 3.0 is a massive overhaul for antenna-based TV (also known as over-the-air, or OTA, TV), its applications go beyond television – extending to internet and mobile.

“3.0 is really the technology that I think allows broadcasters to put their spectrum to use – in a way that plays an even greater role in what I would define as converged market for connectivity,” Carr said.

He shared some FCC perspective saying, “In recognition of the special circumstances facing Low Power Television stations, which many NRB members are, the FCC made it easier for these stations to transition directly to 3.0, which provides them with an opportunity to help lead the transition.”

NRB CEO Troy Miller, who hosted the call with Carr, noted how this is a “wide open area” and recognized how religious broadcasters and communicators need to look at how fast-changing technology is driving innovation and embrace it to more effectively fulfill their missions.

“NRB’s been around 75 years,” Miller noted. “We bring spiritual, religious content into homes. We also bring a lot of educational content into homes, which I think is one way that broadcasters can use this new methodology to expand their mission.”

Carr recognized that broadcasters in the past have been shackled by regulations but said he believes that the FCC is now giving them freedom to innovate.

Miller agreed, commending Carr and the rest of the Commissioners, whom Miller said “have done a great job of helping move the red tape out of the way of broadcasters.”

Joshua Weiss, CMO of ARK Multicasting and Chair of the NRB Church Media Standing Committee, also expressed his appreciation of the FCC.

“Commissioner Carr, you’ve done a wonderful job,” said Weiss before moderating the Q&A portion of the call. “And I think this Commission is to be commended for the work you are doing and just the efforts that you have put toward identifying those areas that might hinder this [ATSC 3.0 innovation], and looking for ways to enhance and bring it about because I think these services are absolutely something that our communications infrastructure in the country is needing right now.”

Weiss also noted later how encouraging it is to see how the Commission views the benefit of broadcasters and how they can help provide solutions for this connectivity – not just in rural America, but all across America.

“This hybrid broadcast broadband concept – it’s definitely a way for the future,” he said.

When asked by NRB Television Standing Committee Member Roger Lonnquist about the value of the new standard to LPTV operators, Carr responded, “It’s a signal to everybody of the true value of this spectrum and what it can be capable of in terms of a full range of services. I think connected cars could be an interesting one participating there. I think IOT smart [agriculture]. Again, when you step back and change the lens through which you look at this, even in the LPTV context, you can still cover fairly wide geographic areas with this powerful low band spectrum.”

When asked how NRB can help the Commissioner accomplish his vision for building out broadcast internet services more broadly, Carr encouraged members of the nation’s preeminent association of Christian communicators to send the FCC more feedback, including whatever obstacles they might be running into.

“We’ve tried to set the stage from a high-level perspective, but it’d be good for me to get more of the on-the-ground feedback from you – some of the technical issues that you’re seeing. That can marry-up the messaging that I’m articulating about what I think is the future here; make sure it lines up practically with what you all are seeing on the ground,” he said.

Carr concluded by encouraging NRB members to innovate, making the most of the technology that is available.

“We’ve gone from a year or two ago where we thought of 3.0 as higher quality TV – which is great; it is all those things – but we need to  stretch a little bit and think about it in new ways,” Carr said. “I’m confident having that vision out there that NRB and other broadcasters are going to find ways to put that to use.”