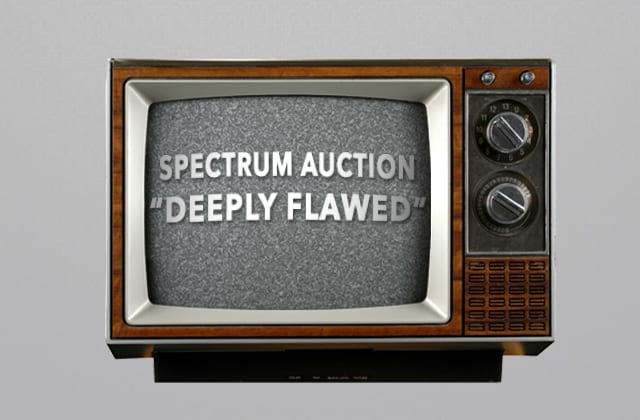 It’s Time To Disclose The Impact

Austin TX – August 5, 2015 – – The Advanced Television Broadcasting Alliance (ATBA) is calling for full disclosure of the impact of the upcoming spectrum auction to Low Power Television (LPTV) and Translator industries. In today’s Federal Communications Commission (FCC) vote on spectrum auction procedures, Commissioners Pai and O’Rielly both expressed deep concerns over the potential failure of the auction, the severe impact to broadcasters, and lack of data and information from the Commission. O’Rielly went as far as to call it “deeply flawed.”

“It is time for the FCC to fully disclose the impact the auction will have on LPTV and Translators,” said Louis Libin, ATBA Executive Director. “The American people need to know they will be losing access to emergency messages, local community programming, weather, news and ethnic programming from their local broadcaster.”

Members of the Advanced Television Broadcasting Alliance (ATBA) reaffirmed their commitment to protect all broadcast spectrum at a board summit at the Texas Association of Broadcasters Convention today. Congress has shown a renewed focus on the plight of Low Power Television and Translator industries in light of the recent communications and last week’s Congressional hearing with the House Energy and Commerce Committee Communications and Technology Subcommittee. The ATBA continues to spotlight the FCC’s disregard for a major industry segment affecting a large number of local, educational, minority and religious broadcasters, and millions of America’s viewers that are dependent on local free over the air television for news and information.

“Either the FCC doesn’t know the impact to LPTV and Translator stations or they are hiding the fact that an entire industry that our country depends on will be largely wiped out,” said Gary Cocola, ATBA Chairman and a California broadcaster. “We need to know now, not later, what the impact on our industry will be. Certainly the FCC has a better indication of the potential damage than what it has already disclosed.”