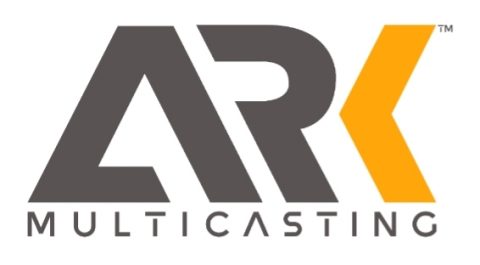 Broadcaster Extends Content Delivery Networks to the Home Over Television

This marks one of the largest breaks in the datacasting business model for the new broadcast television standard known as ATSC 3.0 or NexGenTV.

Since joining the Streaming Video Technology Alliance (“SVTA”) earlier this year, ARK Multicasting has been heavily involved with the Open Caching committee to refine and work towards the deployment of the first ever Over The Air CDN (“OTA-CDN”). Other active members in this process include Lumen Technologies as the Upstream CDN (“uCDN”), Hewlett Packard Enterprise (“HPE”) providing orchestration services, Broadpeak providing the Downstream CDN (“dCDN”) infrastructure, and SiliconDust who has created a Home CDN customer premise device (“CPE”) for ARK.

The OTA-CDN architecture is developed so any CDN can easily delegate delivery requests to ARK’s ATSC-3.0 system based on business rules and capacity telemetry. Popular content can be pre-positioned to the ATSC-3.0 system, delivered over the air to the in-home caching node in the SiliconDust CPE device, and made available to in-home devices over the user’s home network. All this can occur using SVTA standard open caching request routing principles in a manner that is transparent to the end-user device.

Chief Technology Officer of SiliconDust, Nick Kelsey said, “We designed this OTA-CDN products with multiple terabytes of storage to maximize the On-Demand capabilities and customer experience. ARK can now deliver a modern On-Demand TV experience to millions of people using broadcast bandwidth.” He went on to emphasize that, “TV is just one of the many applications – anything data related can be delivered OTA and utilized in the home as if from the Internet. This will be transformative for anyone with limited bandwidth Internet.”

Three different successful phases of this POC included (1) file-based downloads, (2) live video streaming, and (3) on-demand video streaming. File-based downloads involved the ATSC 3.0 system pulling files from the uCDN and positioning them on the home-caching CPE. The end user requests file using their existing Internet Service Provider (“ISP”), and the request was automatically rerouted to pull the data from the home CDN. Both Live video streaming and Video On Demand streaming was accomplished using the Broadpeak Transcaster to demonstrate the ATSC 3.0 system providing a live HLS and Mpeg-DASH stream from the uCDN with multicast adaptive bitrate (“mABR”).

“This collaboration validates the Open caching model as being relevant and suitable for a variety of use cases including those involving a broadcast network system like the ARK’s ATSC 3.0” said Guillaume Bichot, Director of Exploration for Broadpeak

“This is exactly what we want to see in the SVTA,” says Jason Thibeault, Executive Director. “Collaboration between member companies which put our specifications into practice and, even more importantly in this case, establish something new and unique as part of the streaming video technology stack: an OTA CDN. What ARK Multicasting has done, in conjunction with our home caching project and Lumen, is bridge the gap between a powerful broadcast technology, ATSC 3.0, and streaming platform operations. There’s no longer a question of how ATSC 3.0 fits into the streaming stack. This work has given it a meaningful place as part of how streams can be delivered, especially to bandwidth-challenged rural areas, and even extended its value through connection to a Home Caching Node in a CPE device.”

ARK Multicasting Co-Founder and CEO, Joshua Weiss said, “This is a significant accomplishment for broadcasters everywhere, and for network architecture across the United States. Gone are the days of the same popular data files clogging the pipes of the last mile ISPs. This will be an important architectural enhancement to CDNs, ISPs, and content owners everywhere who have many users streaming video content live or on-demand, and those looking to create a better user experience for gaming, firmware updates, cloud services, and so much more.”

ARK Multicasting, a leading-edge Next Gen TV company is based in Dallas. ARK is leveraging the power of TV broadcasting adding an IP multicast extension to the unicast Internet. ARK is on the forefront of Broadcast Internet Service development with solutions to relieve congestion for Internet Service Providers and provide datacasting services for many verticals including distance learning, the connected car market, smart agriculture, telehealth, and over the top video streaming providers. ARK’s footprint of ~300 broadcast assets covering 1/3rd of the United States and ~100 million people is leading the industry in Next Gen TV ATSC 3.0. Further information visit www.ARKMulticasting.com.