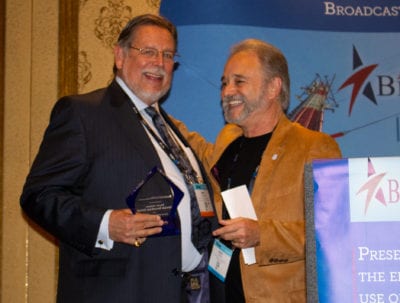 “The awards are an opportunity for the LPTV and Translator industry to shine the light on their work and the excellence in the industry,” says Lee Miller, ATBA Executive Director. “Competition was fierce again this year with really great entries. ”

A special award was given to ATBA Board Member Mark Aitken from Sinclair Media and One Media. The ward called the ATBA Perseverance and Endurance Award is given to members of the industry that have exhibited an exceptional drive to advance the mission of the Advanced Television Broadcasting Alliance.