A Summer Blockbuster Open Meeting
What’s ATSC 3.0? All You Need to Know About the Next Era in Broadcast TV 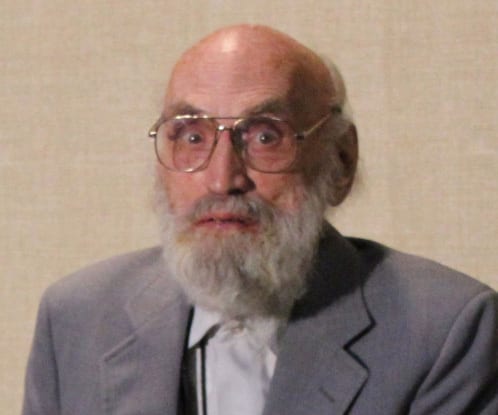 Byron St. Clair, a renowned television and radio engineer who was instrumental in bringing early TV to the mountainous rural West, has died. He had been diagnosed recently with a brain cancer, and died peacefully in Lakewood, Colorado aged 93. He leaves behind Julie, his wife of seventy one years, and a daughter, Susan Hansen of Arvada, Colorado.

St. Clair was President Emeritus of the National Translator Association, which he served as president for nineteen years. He made regular visits to Washington, D.C. where he worked tirelessly to preserve effective and universal free TV delivery. He pioneered the development of mountain-top repeaters that rebroadcast metropolitan signals on an automatically switched channel, devices known as TV translators. St. Clair was director of research and development for Adler Electronics, and a founder and president of EMCEE, manufacturer and installer of TV translators. Later he took his knowledge West to Colorado, and beginning in 1967 founded and was president of Television Technology Corp. in Arvada, later Larcan-TTC, Inc. During his three decades in running TTC the company became the best-known supplier of TV translators to the Inter-Mountain West. Gradually he moved from management to telecommunications consulting, and in that role he has strategized equipment design and channel selection, and submitted hundreds of engineering exhibits to the Federal Communications Commission.

In 1978 he became an informal advisor to the FCC Low Power Television Task Force, which was developing rules to enable TV translators to originate programs from any suitable source. The FCC adopted rules for low power television in 1982. Its growth into a broadcast service with thousands of licensed stations and its record of virtually no destructive interference are in major part the result of St. Clair’s technical expertise and vision.

St Clair obtained his B.S.E.E. (1945) and MA in Physics (1949) from Columbia University, and his Ph. D. in physics (1953) from Syracuse University. He was a member of the National High Definition Television Subcommittees, Systems Subcommittee Working Party to Field Test Task Force; a Board Member of the Advanced Television Broadcast Alliance; a long-time member and active participant in the Association of Federal Communications Consulting Engineers (AFCCE); and 33 years as a Member of the Board of Directors for Denver PBS station KBDI-TV. Last year the Institute of Electrical and Electronics Engineers, the world’s largest technical professional organization, recognized him with its Jules Cohen Award for Lifetime Achievement. In his long career, St. Clair accomplishes a rare synthesis of theoretical knowledge, executive skill as a manufacturer, and expositor and advocate for rural America.

In addition to his wife, daughter, and Son in Law Douglass West, St. Clair is survived by his brother, Dr. James O. St. Clair, Mull River, Canada and two grandsons, Michael and Peter Hansen. A memorial gathering is being planned in June.

The National Translator Association and the AFCCE are establishing a scholarship fund in his name, to foster education in the field of broadcast engineering.

TELL US YOUR STORY!

Are you a Station, Network, Equipment Dealer or Manufacturer, Service Provider or a Viewer. Tell us YOUR story!  Click Here

The auction has ended and most of us are still here.  While it was not only our hope but the hope of many others that the auction would not take place . . . it did, but it did not have the devastating effect that it might have had.

The world after the auction looks different and amazingly so has a very bright future!

What does that future look like?  Not only the amazing possibilities of ATSC 3.0 but the landscape of a nation of people who are increasingly cutting their cable cords and looking for free, over the air, broadcasting content.

That’s why it’s more important than ever that you join the Advanced Television Broadcast Alliance.  Our board of directors have a combined 500+ years of experience which beginning with your membership we are going to start making more available to our members on an increasing basis.

Soon as an ATBA member, you will be eligible to start tapping into not only this brain trust through unique services available only to our members but regular news updates regarding our collective broadcast future.  We are exploring new ways to tap into information from Washington as well as important updates that will benefit you right there where you live.

The need for the ATBA has increased with the new opportunities that are becoming available for those of us who still know that the future of LPTV, Class A and Translators is bright!  Are you selling your station to local sponsors?  Are you maximizing your spectrum to the advantage that you truly can?  Are you struggling with FCC rules and regulations that you either don’t understand or can’t get explained?

The ATBA is developing a database of information to help you find the answers you need!

In addition we are still working with the true decision makers in Washington.  Your ATBA has earned the respect and the ear of the true movers and shakers that continue to shape our collective broadcasting future.

So what can you do to get involved and begin to take advantage of these, and many other, benefits?  Join the ATBA today!  Your membership benefits will include:

To be honest you can’t afford not to be a member of the ATBA!

We’re making it affordable because it’s a win – win!  When you join, you’re going to receive more than just the benefits listed above but also you’ll be aligning with hundreds of others who, like yourself, have a vested interest in the continued forward movement of free, over-the-air broadcasting.  It’s a win for your ATBA because we will increase our strength through numbers as we grow together.

So what’s the next step?  If you’re ready follow this link https://www.broadcastingalliance.org/join-us/ to sign up.  If you have more questions please don’t hesitate to call a member of the ATBA board of directors by calling this number (877) 214-4277.   You’ll get a rapid response!

Thanks for taking the time to read this note and for your ongoing passion for the future of communication in this great country.

The Board of Directors – The Advanced Television Broadcast Alliance