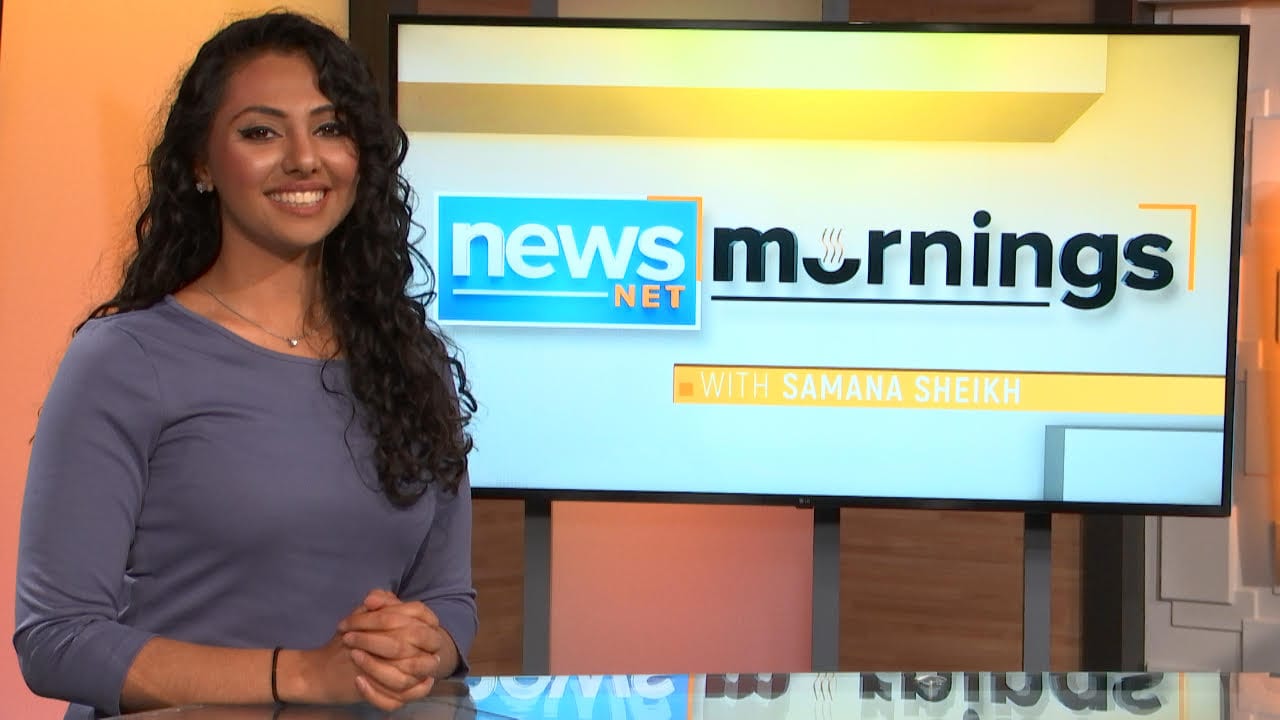 Cadillac, MI (December 9, 2019) – NewsNet, the 24-hour news diginet focused on delivering headlines without talk and opinion-based programming, overhauled its on-air look this week with the debut of the first of their new studios, broadcasting from a new facility which has been under construction since May.

Along with a flexible new set featuring a wide range of new technology including color-changing LED lighting, numerous video monitors and a state-of-the-art weather center, the diginet revamped its morning show, which is now known as “NewsNet Mornings,” hosted by the network’s new morning anchor, Samana Sheikh.

“The new ‘NewsNet Mornings’ provides an even fresher, more energetic look at the morning’s headlines than our previous ‘Morning Edition,’ but we’re just getting started,” said NewsNet President Eric Wotila, “In the coming weeks and months, we plan to show off even more of the features of our new facility, all of which will allow us to bring viewers even more news, more often than ever before.”

“Charlie Tinker will continue to cover the latest national headlines throughout the afternoon hours, but both Midday Edition and Continuing Coverage have a whole new look thanks to our new set, and a new graphics package which debuted today,” explained Wotila.

The network also added a new, state-of-the-art weather computer system, which will allow for more in-depth forecasts than ever before, and the new facilities won’t just benefit NewsNet’s national broadcasts; they’ll allow the network to produce local news cut-ins for its affiliates – many of which have minimal or no news departments.

“With the launch of our new facility, we’ll soon be expanding on the local content production services available to our affiliates – making it extremely economical for small stations to add not only 24/7 national news to their subchannel lineups, but create their very own, localized 24/7 news channels as well.”

In addition to expanding their facility, NewsNet is continuing to grow its network of affiliates. Stations interested in affiliating with NewsNet or subscribing to any of its local content production services can email affiliates@yournewsnet.com to learn more.