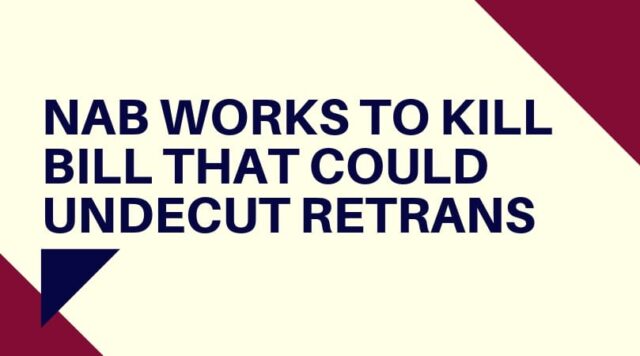 Broadcasters, led by the NAB, were urging lawmakers to let the law — the Satellite Television Extension and Localism Act Reauthorization, or STELAR — expire on Dec. 31.

STELAR is at the top of NAB’s legislative hit list in part because it has morphed into a tool that one company in particular — DirecTV — has been using to bypass stations and retransmission consent fees in up to a dozen markets.