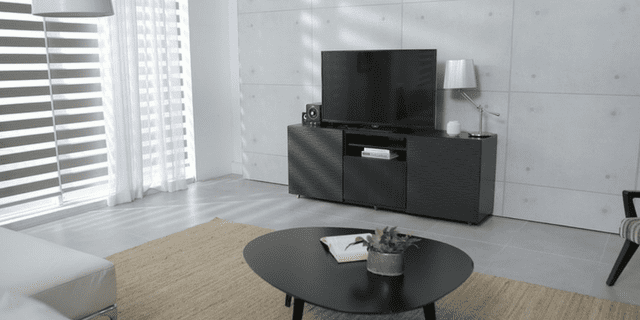 As someone who has been deeply involved in planning for the rollout of ATSC 3.0, I get a lot of questions about the next generation broadcasting standard. By far the two most common questions are “When will the transition start?” and “When will it end?” My answers—which often lead to quizzical looks—are “Very soon.  And never.”

The visible transition to 3.0 in the United States will begin almost immediately after the FCC approves use of the new technology. Transmitters being built today are 3.0 ready, and many hundreds (perhaps more than a thousand) of these transmitters will be installed as a necessary part of the post-incentive auction repacking process. Broadcasters are already discussing how to provide ATSC 1.0 simulcasts in many markets so that some stations can begin transmitting in 3.0. Korean television stations will launch ATSC 3.0 broadcasts beginning in May of this year, accelerating the availability of 3.0-compatible receivers.  So, the transition will begin soon.  I would argue it is already underway.

When I say the transition will never end, I don’t mean the broadcast industry is entering its groundhog day. Quite the opposite. I mean that ATSC 3.0 provides enormous headroom for broadcasting to continue to grow and evolve long after all stations have made the initial conversion.

And that’s the beauty of ATSC 3.0. It will bring a foundational change to the capabilities of our national television broadcast infrastructure. Most important, it allows broadcasters to continually expand, enhance and improve the services they offer, even after all stations have converted to 3.0. That’s why I say the “transition” will never end.

Though we can’t put a date on the end, we do know what the first steps are.

Step 1 – Upgrade to 3.0. Within a matter of years, most or perhaps all stations will have completed the transition to ATSC 3.0, in the sense that they will be broadcasting 3.0 signals. But the services offered, and the networks and systems behind those services, can evolve to meet the changing demands of the incredibly robust and dynamic marketplace in which broadcasters must compete.

Step 2 – Deployment of Single Frequency Networks. Broadcasters in many markets will deploy single frequency networks. SFNs are not translators, or even translators on steroids.  They are as fundamental to the promise of next generation broadcasting as is ATSC 3.0 itself. The ATSC 3.0 toolkit operating on SFNs will allow broadcasters to provide uniform, consistent, reliable quality of service through large geographic areas—a truly essential feature of advanced radio communications services.

Step 3 – Growth and Expansion. ATSC 3.0 was designed to be flexible enough to be in use for decades. But broadcast service won’t be static for all those years. Broadcasters will finally be able to upgrade and extend their signals to cover areas that have been unserved for decades. Because SFNs are far more efficient users of spectrum, things that seemed impossible or impractical with older technology are attainable with 3.0. Over time, SFNs may allow broadcasters to extend coverage to the edges of their markets in many cases, and provide service between population centers along major traffic corridors.

ATSC 3.0 running on these reliable, seamless networks will immeasurably improve over-the-air television service. Because ATSC 3.0 was designed on a clean slate, it includes features and capabilities not available on the most sophisticated wireless networks today. These capabilities will open many doors to new business opportunities, including a range of hyper-local features and new services using ancillary data capacity.

The three steps outlined above won’t follow each other in perfect sequence. Different broadcasters will choose to take different steps at different times. Some may pause after the first step, but they will still have the ability to improve and expand service later. Even after SFNs are fully deployed years from now, broadcasters will be able to add, upgrade, and change services dynamically in response to market demand. In most cases upgrades can be implemented and new services can be added without any hardware changes for broadcasters or viewers. You don’t toss your iPhone every time Netflix updates its app, and you won’t have to toss your TV every two years to enjoy the latest television features. And critically, when major upgrades are incompatible with the installed base of devices, broadcasters will be able to introduce replacement services without disenfranchising the installed base.

All of this stands in marked contrast to ATSC 1.0. The existing standard wasn’t designed for SFNs, mobile reception or any sort of reception without a cumbersome outdoor antenna. Even with the arrival of multicasts, broadcasters still transmit an immense number of “null” bits every day, wasting spectrum, power and money. Although theoretically available for ancillary services, in practice those ancillary 8VSB bits are useless. ATSC 3.0 is designed so that ancillary bits can actually and easily be used to provide services that are relevant today, as well as those that will be in demand ten years hence.

Working together, broadcasters and the consumer electronics industry have gotten the ATSC standard right. And based on the NPRM, the FCC seems poised to take the right light-touch regulatory approach to enable ATSC 3.0. Innovation can’t thrive if developments are brought to market only by the government once every couple of decades in a managed rollout.

But there is more the FCC can do to allow ATSC 3.0 broadcasting to reach its full potential. Television broadcasting is subject to an extraordinary level of government regulation, and many of these regulations, intentionally or not, constrain the potential for free over-the-air broadcasting. Some of these regulations are politically charged and therefore hard to change. Whatever one thinks of the local ownership rules, for example, it’s clear that limiting broadcasters to owning a single station in each market—even if they are simulcasting in two different formats—severely limits their ability to duplicate their service on two generations of technology simultaneously.

Other long-outdated FCC rules, though not politically charged, are so deeply embedded in the fabric of FCC broadcast regulation that few people even realize how constraining they are. The FCC’s site licensing/table of assignments approach is one example. It has the effect of precluding some station upgrades that ATSC 3.0 would allow, even if those upgrades would not cause interference to other stations.  Geographic licensing, not site licensing, is the norm today for consumer-focused services that must cover large areas.

SFNs cannot reach their fullest potential if they are limited by increasingly irrelevant assumptions that undergird the existing broadcast site licensing rules. By rethinking the table of assignments approach for television that was adopted in the 1940s, it could be possible for existing stations to greatly expand their coverage areas (and simultaneously create more opportunities for LPTV and translator stations and even new full power stations) than will otherwise exist post-auction.  But even without other rule changes, ATSC 3.0 will bring enormous improvements to the television broadcast service.

Ceaseless innovation is the path of relevant technologies today. Almost every day some of the services we use are updated and improved, usually so incrementally that we often don’t even notice. By proposing to mandate only the most basic elements of ATSC 3.0, the Commission is setting the stage for ongoing innovation in television broadcasting. All stakeholders should applaud this approach. Because a transition that never ends isn’t a nightmare. It’s the goal.