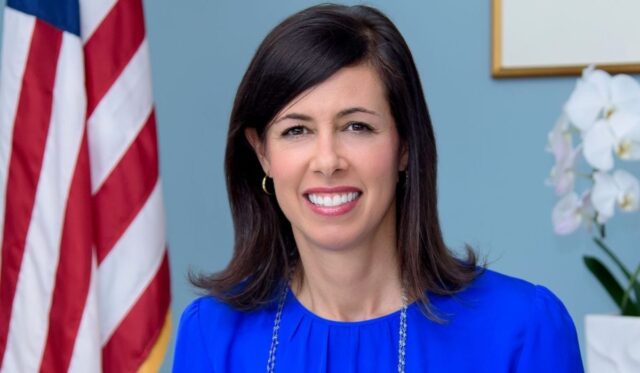 “Michele and Joel bring the perfect mix of experience and expertise to their new roles,” said Acting Chairwoman Jessica Rosenworcel. “They both have a deep understanding of communications law and policy and a keen sense of initiative that will be invaluable as the agency takes on its work in the days ahead.”

Tom Johnson is stepping down as General Counsel and has agreed to continue to serve in the Wireless Telecommunications Bureau. Don Stockdale will be transitioning to the Office of Economics and Analytics. “Tom and Don are terrific public servants who have made real contributions to the work of the Federal Communications Commission,” said Acting Chairwoman Rosenworcel. “I am grateful for their work on behalf of the American people.”

P. Michele Ellison was most recently the Deputy General Counsel of the Federal Communications Commission, a position she has held for most of her 25-year tenure at the FCC.  Ms. Ellison managed the multi-billion dollar transactions, bankruptcy, and fraud portfolio. She also has the distinction of being the first woman of color to serve as the agency’s Chief of Staff, Chief of the Enforcement Bureau, and Acting General Counsel.

Over the years and while serving as Deputy General Counsel, Ms. Ellison has provided leadership in cross-cutting areas critical to the agency’s mission.  At present, she chairs the FCC’s Connect2Health Task Force, a multidisciplinary team created to advise the Commission on ways to address the broadband health gap and to move the needle on broadband and advanced health care technologies.  She previously co-chaired the Commission’s Localism Task Force and led the Commission’s Task Force on expanding communications opportunities for small, minority, and women-owned businesses as well as developing countries.  Ms. Ellison also played a pivotal role on national broadband planning under Acting Chairman Michael Copps, served as Transition Counsel to Commissioner (then Chief of Staff to Acting Chairwoman) Mignon Clyburn, and advised Chairman William Kennard as his Deputy Chief of Staff.

Joel Taubenblatt was most recently the Deputy Bureau Chief of the Wireless Telecommunications Bureau, a position he has held for one-third of his 25-year career with the FCC.  Mr. Taubenblatt has managed a range of issues regarding spectrum access and availability, network and infrastructure deployment, and intermodal and intramodal competition.

Mr. Taubenblatt previously held several leadership positions in the Bureau, including Chief of the Competition and Infrastructure Policy Division and Chief of the Broadband Division.  He joined the FCC in 1996 as an attorney in the Common Carrier Bureau, and he is a recipient of the FCC’s Gold Medal Award for Distinguished Career Service.  He graduated from Duke University School of Law and from the University of Pennsylvania, with a B.S. in Economics from the Wharton School and a B.A. in English.