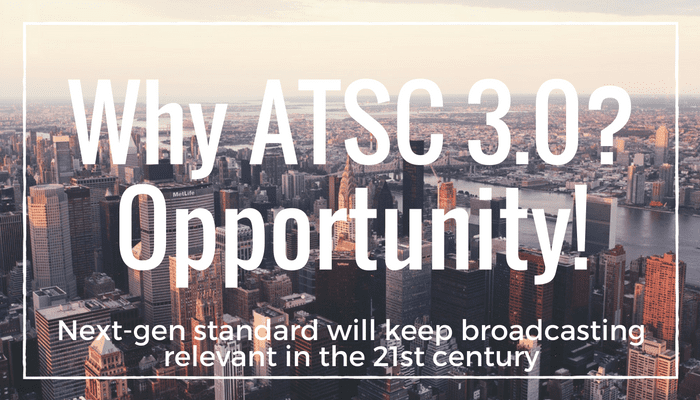 This article is based on a presentation given at the 2016 IEEE Broadcast Symposium.

Broadcast television in 2016 still relies on the ATSC 1.0 standard that was state-of-the-art back in the early 2000s, when the industry was beginning its transition to DTV. Make no mistake: DTV was revolutionary, enabling sub-channels, multicasting, high-definition video and other options that improved the viewing experience. However, like many other technologies from that time—the flip phone, the analog VCR, the dial-up modem—DTV built on ATSC 1.0 now seems dated and its capabilities simply maxed out, particularly given the rapid change occurring in the rest of the world.